Welcome to the updated version of my website which will feature frequent updates and previews of artwork from comics and strips in progress. There will also be complete classic short strips presented in full for your reading pleasure, usually edited and reworked especially for the 'site.

I have previously worked on Rob and Ducky, Captain Elite and Halo Slipping for Portent Comics, Empathy, A Glimpse of Hell, Mengele's Brain and Holly Demonica: Furnace for the House of Murky Depths, A Single Mournful Voice for Scar Comics, A Ghost Named Larry and The Bounty Hunter for Evil Moose, The Black Dog in the Night, written by Patrick Scattergood, for Flesh Tones published by Dark Pond Creations,  Wolf Country, Deadlines and the prose story Don't Read This for Planet Jimbot and the award winning GoodCopBadCop for Rough Cut. Both Wolf Country and GoodCopBadCop were written by Jim Alexander, a long-time professional who I am honoured to work with.

I am currently working with Insane Comics on producing Hollow Girl  - a series about a masked teenage vigilante who believes the souls of the dead are urging her to kill. 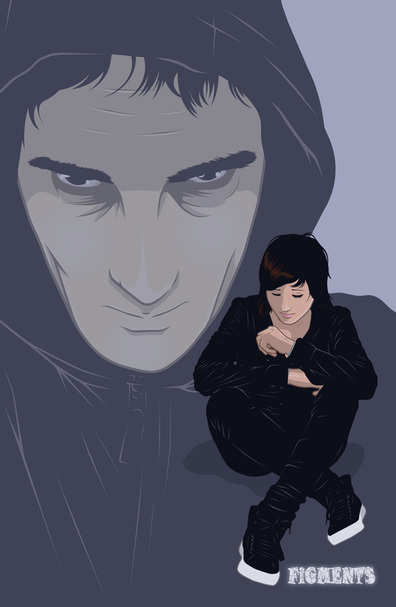